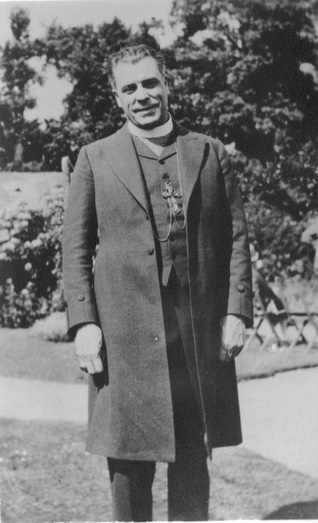 On the 30th of August 2015, being the 13th Sunday after Trinity, the Rt Revd Alistair Bate KTPP, as Master of the Holy Celtic Order of the Temple, assisted by several other Celtic, Gallicane, Orthodox and Gnostic bishops throughout the world, solemnly beatifed the Rt Revd James Ingall Wedgwood (1883 - 1951), First Presiding Bishop of the Liberal Catholic Church. The names of bishops in union with this initiative may be found below. The feast day of Blessed James is the anniversary of his passing to the higher life, the 13th March.

Beatification is a recognition affirming that a particular individual is in heaven and is able to intercede for the living who pray in his name. It is not a statement that the particular individual was perfect in every way, but merely that he is to be considered an exemplary person, worthy of commemoration at the altar.

Like most mortals, it is probable that Bishop Wedgwood had not attained to the fullness of Christian perfection before his passing to the higher life, however, his great achievments as a liturgist and church leader have been, and continue to be, an inspiration to many both within and without the church of which he was co-founder. Some of us who, like +Wedgwood himself, have been blessed with spiritual sensitivity have also been aware of his benevolent presence in Spirit, on more than one occasion, often at ordinations. Indeed we feel it to be entirely natural that this revered father in faith should make himself felt by his successors, especially when using the liturgy he himself compiled so beautifully.

For the Liberal Catholic Succession of the Holy Celtic Church International from Blessed James please see here.
​
Anniversary of Passing and Feast Day 13th March (1951)
Collect: O Lord Christ who hast filled thy servant James Ingall Wedgwood with that everlasting light which he so ardently desired, grant that we too, by the help of his prayers, may receive that same light and become the mirror of thy power and the image of thy goodness; thou who livest and reignest in the unity of the Father and of the Holy Ghost, one God, throughout all ages of ages. Amen.

Tribute to Bishop Wedgwood (from “The Liberal Catholic”, July 1951) by the Revd Oscar Köllerström

To me it was just like bursts of organ music to someone who had not known about music. At least that was the sort of impression I got when he arrived into the very midst of our lives, and started standing us all on our heads. A little later we realized that he was really standing us the right way up, and that, before, we had been so used to ostrich positions that we no longer even noticed the sand in our throats. He started us singing. Before that there had been no music. And we had all been terrified of the richness of symbols, and of the formalism of beauty; and our spiritual life was arid, like all that sand. He came with music for the spirit, music and colour, and the drama of the spirit; and what he brought was life to our arid conceptualism; we stood upright and saw the forms of the incarnate God; we stood up and sang our worship. For what he brought was sacramentalism.

It all happened in Sydney where my chief interest was swimming in the surf. I was perhaps thirteen, which would make it about 1916 when he first came, and in those days the great thing was to see how brown one could get in the sun. He said he liked to see me brown; and then he gave me some striped shirts, which he said were very smart. So I was very pleased, because anybody who looked as good as he did must know. What I am trying to say is that he really did arrive into the very midst of our lives. He was so completely natural, so free of any nonsense or affectation that he was like an old friend from the very start. It was the same with all of us. I recall his loud, rather earthly laughter as he poked fun at a woman’s unctuous affectation of spirituality. But he in no way alienated her: though they had only just met, he was her old friend. I suppose the condition of his spontaneity was his entire freedom from malice; being so natural, he was warm. Yet he openly said that his friendships lay were where his work was. And though much in him changed, some things developing, and some decaying, the outstanding constant, to the end, was his naturalness. And I think it was this that made us feel the warmth of the man, and made him our intimate from the beginning. One liked it that his friendships lay, so frankly, with his work, for that freed friendship from the burdens of obligation. With the Lord’s work coming first, naturalness and intimacy lost their terrors, and were acceptable. One would not be devoured in rapacious friendship. 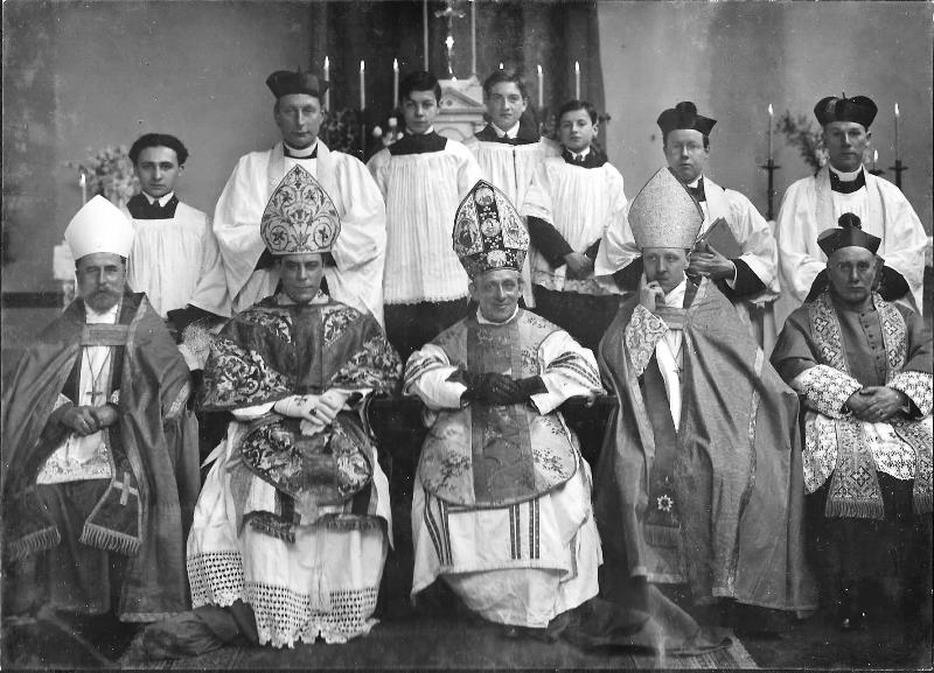 The Consecration of Bishop Wedgwood, 13th February 1916
Indeed I have never worked with anybody who gave one a greater sense of freedom, not only in one’s personal relationship with him, but in the work itself. The sacraments bound one to the heart of things, to reality, tradition, to the life divine. They bound, he left one free.

Undoubtedly this was the clue to his authority, his brilliant leadership, and his power to convert. I first saw this at work in the conversion of the late Bishop, then Mr. Leadbeater. In spite of the latter’s having followed Mme. Blavatsky in her condemnation of the churches, he was very quick to see that the church now proposed by Bishop Wedgwood’s effortless powers could have brought the great man back to the calling he had abandoned some forty-five years earlier. The ease of the converter’s yoke seemed to ease Bishop Leadbeater’s resistance to the church. It suddenly happened a magic loosening, solving a liberation. And then everything began to happen.

I was the blessed witness of a sacramental act of creation. I sat in the same room in which, day after tremendous day, those two men worked out and planned The Liberal Catholic Liturgy – planned, for the first time in two millennia, a Christian and sacramental worship that opened wide the way to communion with all other faiths, indeed with all individual interpretations. The bond with God incarnated in freedom, there before my amazed eyes. Our oak sideboard became the first altar of the new faith, and after the services were over, the dining room furniture would be reassembled for a great meal. My mother would sometimes leave the service immediately after communion to see about the cooking, for in those days there was always at least a dozen to feed. It was all so intimate, personal, and natural, and there was such tumultuous rush of doings – my mother making vestments, Pellegrini, of the Catholic shop, being charmingly voluble, the preparation of the hymn book, endless typing, and the running of errands, buying a church, and – vivid in memory – the great day when I took my first minor orders. What with the candles, and the incense, and the singing, I was intoxicated anew each day. And there were the choir practices, and my mother playing the organ, and then, while I pumped hard, Bishop Wedgwood came up into the organ loft and showed me how to make the organ “hick”. In spite of the tumultuous activity he had instigated, he always had time to be on such human, personal terms with one. I well recall quite a long discussion I had with him in which, while our name was still sub judice, I was urging on him the name Liberal Catholic Church.

Though I was only a boy, he discussed the pros and cons with me with the same fullness with which I heard him discuss them with Bishop Leadbeater. He honoured every personality. He could do this because it was the work, and not personalities, that counted. And as for us, we all followed him for whom the call of the Lord’s work made all personalities genuine vehicles of spirit.

And then there was Huizen. I was at Cambridge, where I was busy experiencing the misery I always experience when out of the work. Though my memory is bad, I could never, though dead on every plane of being, never forget my arrival at Huizen. Description would bore as well as falsify the magic and ecstasy of the moment. He was the same man, but he had become nothing. There was nothing but the overshadowing reality of sacramentalism. He had disappeared into it, and there seems nothing to say about him. Cambridge dropped out of my horizon, and all that happy autumn was a springtime of spirit. At midnight mass, on Christmas Eve, 1924, he ordained me to the priesthood. Throughout this greatest moment of my life, he, the pontiff conferring the Order, remained the unaffected human person I loved.

Through the long Dutch winter, through long, unstopping hours, we prayed and worked together, seeking the word of the Master. The church was built – that dear and sacred memory. He was off, touring the Continent, yet completely trusting my inexperience to carry on the work at the church. That was typical of his trustfulness and joy in any partner in the work. With what delight he received the Arundales, how moved and touched he was that they had come! And then when Dr. Besant too came! And then the intense, prolonged sessions that led up to the great and terrible events of the 1925 summer at Ommen. But of all this I must write, if ever, in another context.

And then there was gloom. He carried on the good work with a tenacity of devotion that stood out to the very end of his terrible illness. And difficulties arose for him, not only from within, but from without also. Yet there remains one word about him that cannot be too often quoted. Groddeck himself saw him when he was most distressed. Groddeck said that he had seen many people in this condition, and that it had always brought out horrible qualities, yet that in this case there was nothing but the most saintly thought of others. “Er ist ein wahre Heilige, ein wahre Heilige” (a veritable saint) Groddeck affirmed.

Such was the man I knew, “the real founder of our Church”.

Bishops in Union with this Beatfication 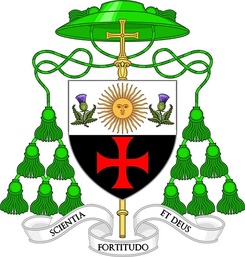 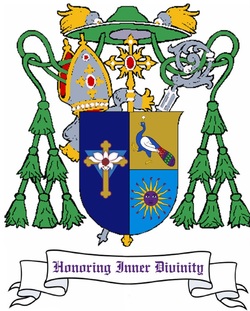 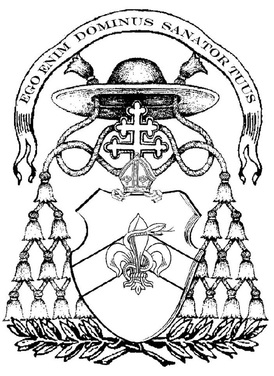 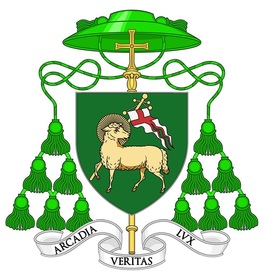 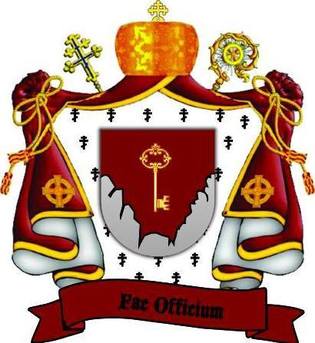 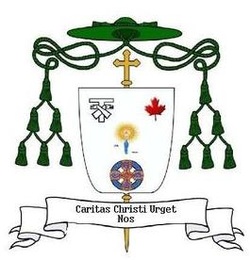 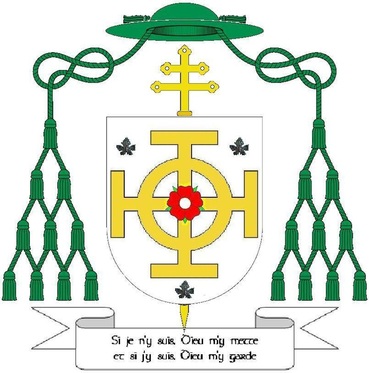 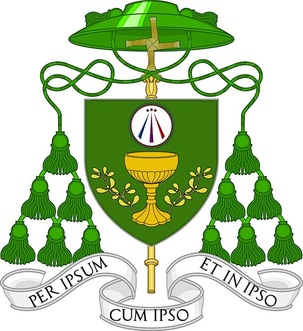 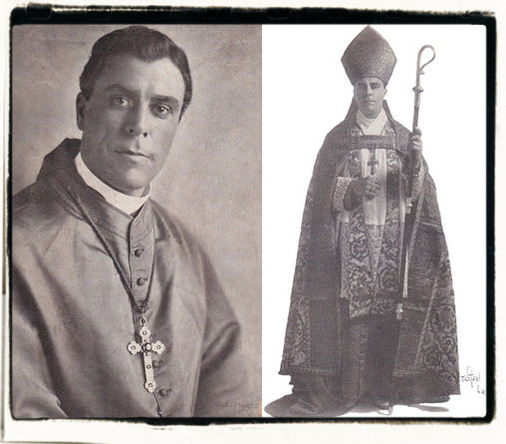 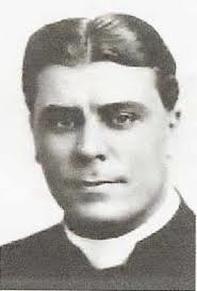 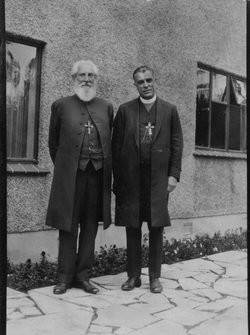